For reasons I talked about in my last blog, although all Highlanders were considered to be formidable warriors, Clan Gregor was particularly renowned both for its ferocity and eagerness to fight. As a result of this, they were often employed as effective mercenaries by other clans in the never-ending clan battles. No doubt this provided the outlawed clan with much-needed money or provisions, and kept their fighting skills honed.  But above all they sought the lifting of the proscription against them.

For this reason, among others, the MacGregors supported the Stuarts during the civil war, when King Charles I was deposed and then beheaded and for several years Britain became a Commonwealth under Oliver Cromwell rather than a monarchy.

It might seem remarkable that a clan which had suffered so badly under the Stuart monarchs would support the restoration of that family, but no doubt the MacGregors were aware that their downfall had been caused in great part by their enemies having great influence with the king. If they could gain the restored king’s favour, then perhaps the proscription would be lifted.

In fact, this is what happened. In 1660, following the death of Oliver Cromwell, King Charles II was restored to the throne of Great Britain, and the following year the grateful king lifted the proscription against Clan Gregor entirely. They were once again allowed to use their name, and had the same legal rights as every other Highland clan.

This must have come as a great relief to them. From 1661 until 1693 the MacGregors were once again legal.

In 1685 King Charles II died without a legitimate heir, and his brother James succeeded him as King James II and VII. In 1688, for reasons that I won’t get into here, he was deposed, and William of Orange and his wife Mary (James’s eldest daughter), took the throne of Great Britain as joint monarchs.  This was the start of the Jacobite movement, which I will write about in my next series, The Road to Rebellion.

The MacGregors were among the clans who fought for the restoration of James at the Battle of Killiecrankie in 1689, and partly as a result of this the proscription against the clan was restored in 1693 by King William, after James had been comprehensively defeated. The MacGregors were outlawed again, and their nickname of ‘Children of the Mist’ once more became appropriate as they returned to their former precarious way of life.

They did, however, participate in every future attempt the Stuarts made to regain the throne, culminating in the Battle of Culloden in 1746, when all hopes of a Stuart restoration were finally crushed (although it did not seem that way at the time).  I won’t go into detail about the systematic destruction of the clan system in general by the Hanoverians, as anyone who’s read The Jacobite Chronicles will already know about it!

The proscription of Clan Gregor remained in place, however, until 1774, by which time the power of the Highland chiefs and clans had been effectively destroyed.  Not only the MacGregors, but all clans had been banned from wearing tartan or Highland dress, carrying weapons, using the bagpipes, etc, and many of their chiefs had been driven into exile or rendered powerless.

It was not until the following century that Sir Walter Scott and the Romantic movement, including poets such as Lord Byron, made an extremely romanticised image of the Highland culture incredibly popular, driving the increase in tourism and in all things Scottish which still continues today. In 1822 King George IV became the first monarch in nearly 200 years to visit Scotland, and even wore Highland dress as part of a great pageant organised by Sir Walter Scott. The now legal MacGregors were invited to be the Regalia Guard as the Honours of Scotland were taken from Holyrood House to the castle.

It’s interesting to note, and could be a lesson to future oppressors of people, that the name MacGregor, in spite of being illegal for over 150 years, is still a common surname in Scotland, and indeed in many other countries. The Scots are indeed a stubborn and belligerent race, who have survived all manner of attempts to subdue or annihilate them over the centuries, and the MacGregors are a wonderful example of how well such attempts have generally succeeded! 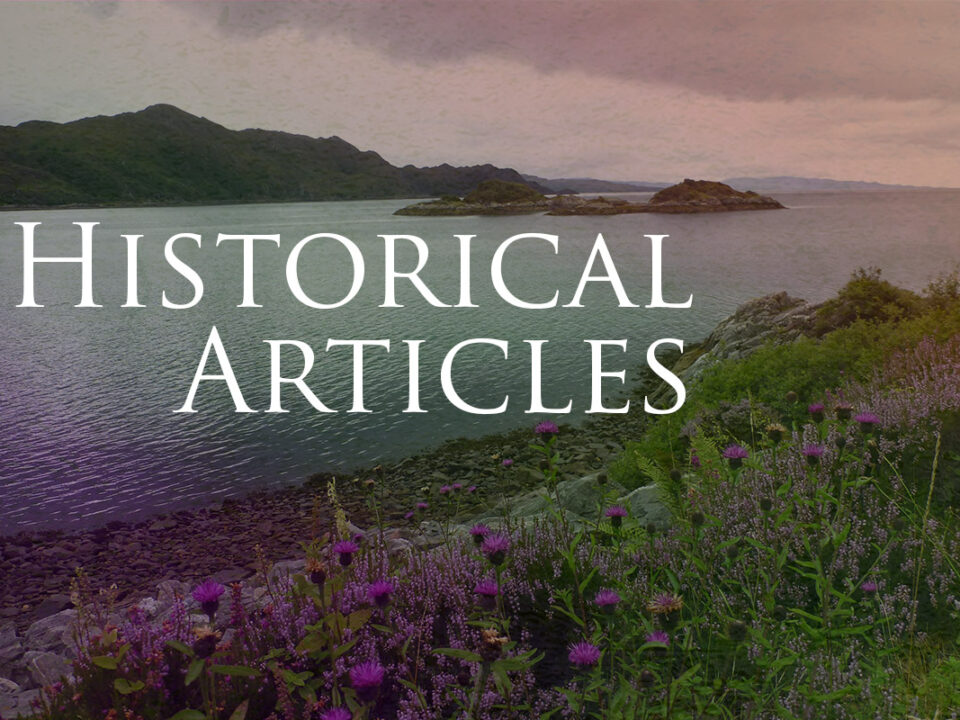 Education in the 18th Century – Girls

Manage Cookie Consent
To provide the best experiences, we use technologies to process data such as browsing behavior or unique IDs on this site.
Manage options Manage services Manage vendors Read more about these purposes
View preferences
{title} {title} {title}